Warning: count(): Parameter must be an array or an object that implements Countable in /home/customer/www/momwithanasterisk.com/public_html/wp-content/themes/mariana-handmade/includes/lists.php on line 422
 Disaster Relief in Garland - Mom*
Mom*
Pin It 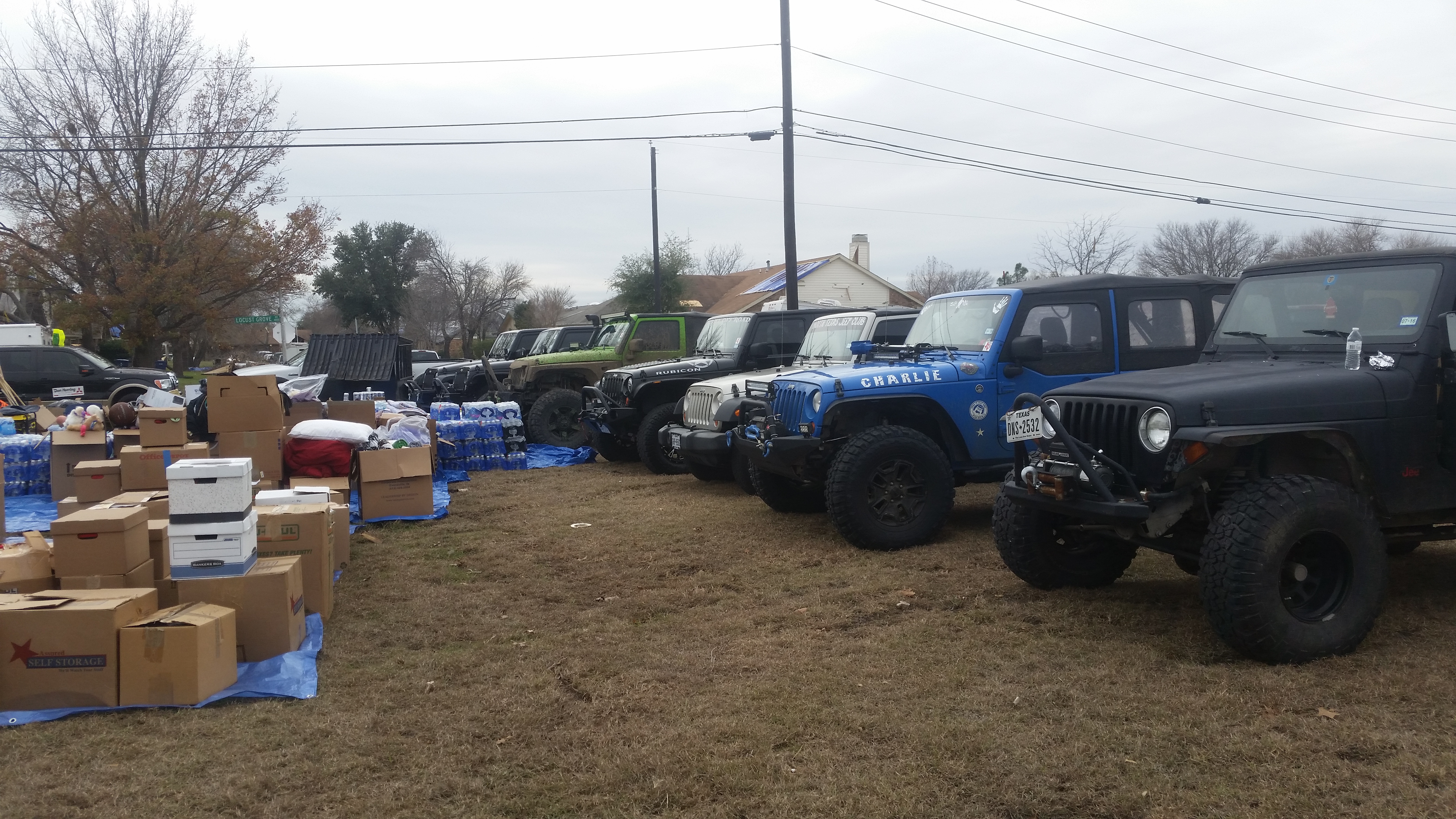 My husband and I are Jeepers.  We’re not hardcore Jeepers because I have (what he considers to be) an irrational fear of falling off cliffs.  But, he has a really cool Jeep and we look awesome when we drive around with the top off.  Recently, we’ve gotten involved with the North Texas Jeep Club.  I first learned about them last winter when they made the news for pulling stranded motorist out of ditches all over the metroplex during the really bad ice storm. I liked the idea of a group that could be playing in the mud one day and saving people the next.

Earlier this week, NTJC began discussing how we could help the people affected by the tornados in Garland.  If you don’t know, on December 26th, an EF4 tornado ripped through several Dallas suburbs damaging over 600 buildings and killing 11 people while injuring countless others.  We knew we had to help so this morning about 25 Jeeps, along with their people, rolled into Garland and we got to work.

It’s surreal to be driving along the highway like everything is normal and then suddenly find yourself in a warzone.  I have never been in a place with so much devastation.  We spent the day clearing debris from yards and helping families load up what valuables that they could salvage.

When we first arrived and parked at the base, a man named Abram from Renova Community Organization drove us to our first work site.  He told me that watching the Jeeps pull up was like seeing the cavalry arrive.  He’s right; we do make quiet an entrance.  It felt like we were cavalry too.  We all worked hard and within a few hours we had completely cleaned up several yards.  It felt like we really made a difference there.

Then I wandered onto the next street. It turns out that they needed an army too. It’s not that we were the only ones out there.  People from all over the area had turned out to help.  I spent part of the morning working with a great group from Islamic Relief USA.  I saw people from churches, charities, other clubs, and many who came to help without a group.  The need is big though.

Most of the relief organizations have stopped taking donations at this point.  They have more stuff than they have space to hold or people to sort.  At this point, what is needed is financial donations and boots on the ground.  The cost of the recovery is enormous and there is still much physical labor to be done.

If you are willing to help, Renova Community Organization has an aid station set up at 5029 Locust Grove Rd. in Garland.  They have all the tools you might need (like rakes and shovels), masks, work gloves, waters and phenomenal BBQ.  All you need to do is show up and they will put you to work.

I would like to encourage every one of you to find some way that you can help.  Don’t simply say a prayer and move about your day.  Our neighbors need a cavalry.
It's only fair to share...