Warning: count(): Parameter must be an array or an object that implements Countable in /home/customer/www/momwithanasterisk.com/public_html/wp-content/themes/mariana-handmade/includes/lists.php on line 422
 The Problem with Re-homing - Mom*
Mom*
Pin It 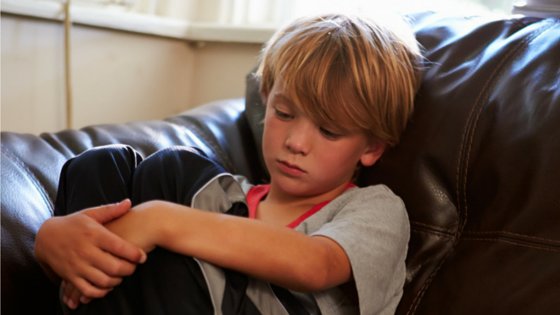 The Problem with Re-homing

A few months ago, Rep. Justin Harris from Arkansas and his wife made national news when it was revealed that they had re-homed their two adopted daughters.  For those who haven’t been following the story, Harris allegedly abused his political power to push through an adoption that almost every professional involved believed was a bad fit.  After the adoption, the girls’ behavior grew worse.  A former babysitter even claims the Harrises believed their daughters were demon possessed and called in exorcists from out of state to fix the children.  Eventually, the couple realized that they were unable to handle the complex psychological problems that the girls’ had so they gave them to another couple where at least one of them was sexually abused.  The girls have now been adopted again and are reportedly doing well.

The Harris adoption fiasco has bothered me since the news first broke.  I am appalled that this man thinks himself too good to go through the proper channels and adopt children that are a healthy match for his family.  This couple might have been fine adoptive parents to the right kids.  Instead they met a birthmother in a parking lot, claimed religious discrimination when CPS told them that prayer was not enough to help these girls, then allegedly held up the budget of the entire agency until the placement was approved. What they failed to understand is that waiting children do not only need to be adopted; they need to be adopted by families who are appropriate for them and who are trained to deal with complex trauma.  Kids who have been severely abused or neglected cannot be parented like typical children and they deserve parents who have put in the time and effort to prepare for that.
The Harrises claim that they reached out for help after the adoption and were not able to access the services their daughters needed.  One of the girls had been diagnosed with reactive attachment disorder, or RAD, and her behaviors were terrifying the family. Children with RAD have typically experienced so much abuse or neglect that they are unable to form healthy attachments.  They can be extremely violent even at very young ages.  Often they become homicidal or suicidal and everyone in the home is at risk of severe harm.  Stories abound of children with RAD killing pets, sexually abusing siblings, burning down homes with people inside, or attempting suicide.  Unfortunately, the intense treatments that these kids need are few and far between and when a parent is able to find a place that specializes in these kinds of issues, Medicaid* often refuses to cover the cost.  Instead, children with RAD are bounced between inadequate providers or sent home where they are a danger to their family and themselves.

Like many parents who are struggling with a child who has RAD, the Harrises claim that they reached out to CPS because they did not know what else to do with their children.  They say that they were told that if they relinquished their parental rights to their children, they would be charged with child abandonment.  The problem is that they were not given any other options.  While my personal opinion of the Harrises is less generous, I truly believe that the majority of adoptive parents who consider rehoming are not bad people who simply grew tired of the children they adopted.  Many of them are good people who wanted to help kids and build their families but instead find themselves in desperate situations with nowhere to turn.

I wrote recently about my own experience with a therapist who assumed that I should “just re-adopt out” my daughter because things were difficult.  It was insulting because the suggestion meant that he did not see my family as one worth preserving.  I didn’t go in as someone who was scared for her life or that of her other children.  I went to him as a grieving mother who was trying to make sense of a devastating diagnosis.  He made a recommendation that he would never have made to a biological parent simply because he placed a lower value on the relationship I have with my adopted daughter than the one I have with my biological son.  That attitude is unacceptable but it is sadly prevalent among the people that adoptive parents reach out to for support.  For example, when I interned at an inpatient psychiatric hospital, I saw countless children and adolescents with very severe mental problems who were moved to long-term residential treatment centers.  The only time it was ever suggested that a child be placed with a new family instead of receiving treatment was when someone noticed the adoption box was checked in their chart.
The problem with rehoming, as it currently exists, is that it fails both the children and the adoptive parents.  Every time a child is placed with a new family, they suffer a new loss and it becomes harder for them to trust that they will ever be truly loved by anyone.  In addition, many of the kids who find themselves in new homes are later abused or abandoned again.  With no government or agency oversight to make sure that the new homes are safe for these children, the outcomes can be devastating.
That the problem of rehoming exist in the magnitude it does is evidence that there is a problem with the child welfare system.  When parents go through classes to foster-adopt, we are promised help after the adoption.  We are told that we can take in kids from hard places because we will have access to all of the resources we need to parent them.  We are assured that if we do what we are trained to do, the children will get better.  Unfortunately those are often empty promises.
The problem with rehoming is that it allows CPS, adoption agencies, and the professionals that we depend on to simply push our children aside and blame the parents when there is fallout.  The problem is that there is not an acceptable alternative for situations where the child cannot safely remain with their family.  The problem is that there are deeply wounded children who have been failed many times by the people who were supposed to protect them and there is not an easy way to fix that.  I don’t think that there are simple solutions to this problem but I do think we have to start a conversation about real alternatives.  We have to put down our torches so that we can see the hurting people who feel like they have no other options.  It’s not enough to be angry about little girls being tossed between homes and given to a rapist, we have to work to keep it from happening again.
I welcome your thoughts on how we can come together as a community to help adoptive families who are struggling.  Let’s continue this conversation on Facebook or in the comments below.
*In most cases, children who are adopted from foster care are able to keep Medicaid.  This helps people adopt who would not have been able to because of the high cost of medical care.
It's only fair to share...