Warning: count(): Parameter must be an array or an object that implements Countable in /home/customer/www/momwithanasterisk.com/public_html/wp-content/themes/mariana-handmade/includes/lists.php on line 422
 The Mom That I Wanted to Be - Mom*
Mom*
Pin It 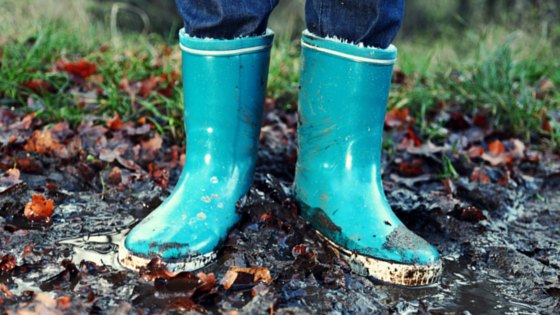 The Mom That I Wanted to Be

I spent a short time with a local counselor last spring as I was attempting to come to grips with Alyssa’s diagnosis.  I quit seeing him after he suggested that it would help if we thought about “just readopting Alyssa out.”  I have a whole blog / rant in my head about that but I’ll save it for later.  One thing that the idiot counselor said did help though.  He explained how parents of kids with special needs go through the grief process in much the same way that people do after a death.  We experience the stages of denial, sadness, bargaining, anger and eventually acceptance or meaning making.  Our grief can be complicated though.  We often feel shame for being anything other than the superhero that embraces their child’s uniqueness and works hard to overcome every challenge.  We have an added layer of fear because many diagnoses are uncertain, lead to further decline or result in untimely death. We also tend to cycle through the stages repeatedly.  There is a finality about death or a complete loss that is different from living with a child with special needs.  Every doctor’s appointment, teacher meeting or random Saturday can bring to light some new limitation or loss.  We grieve all of these challenges that our children must face but also the idea of the child we expected and the parent we wanted to be.

I grew up on ranches and in the rodeo.  I cleaned stalls and fed the animals.  I raced my horses down trails that grown men were afraid of.  In high school, when backyard wresting was popular with my friends, I was always willing to jump in the ring with the guys.  I was a tomboy in every sense of the word and I loved it.  I don’t remember ever being told that there was anything I couldn’t do because I was a girl.  I wanted a daughter like that: gritty, rough and tumble, adventuresome and fun. When I pictured my future daughter, I always imagined her running in from the pasture holding a frog with mud on her face or leading the boys out on some grand adventure.  I used to say that my worst fear was to have a little girl that wanted to be a cheerleader.   I pictured her growing up to be a cowgirl or doctor or the president or some amazing woman that would change the world. She would be smart and strong and fearless.  I love and adore my daughter for who she is.  I have also grieved the limits that epilepsy has placed on her childhood and future.
I wanted to be that country mom who gives the kids free rein as long as they are back at the house by sundown.  I wanted to let all my children have the freedom to build forts and climb trees.  To be fair, I don’t think that anyone is actually the parent that their childless-self pictured.  Everything changes when you become responsible for another human being.  For the most part though, I take that laid back approach with my boys.  I am comfortable with scraped knees and dirty faces.  I encourage them to take risks, explore, and fully enjoy the privilege of a childhood lived out in the country.  With Alyssa, it’s different.  Epilepsy won’t let me be the mom I want to be to her.  I can’t let her go off exploring by herself because someone has to be there in case she has a seizure.  I have to discourage risks because damage could be too great.  I have to balance being the helicopter mom that her disorder demands with the part of my heart that still desperately desires to let her run free with her brothers.
Twice a week I go to an MMA class that has been a god send for me.  Noah attends the youth class and Bradley loves punching the bags.  In a few years, he’ll be out there fighting with us too.  Alyssa gets to stretch with me beforehand but that is the most involved she will ever be.  Her doctors have been very clear that she cannot sustain a hit to the head and is not allowed to fight.  My daughter, my only little girl, is different than the boys.  I understand that it is because of the epilepsy and that one blow to her head could be devastating.  Still, there is a pang in my chest when I look to the side and my daughter is the one who isn’t allowed to participate.  This isn’t the mom I wanted to be.
Children rarely grow up to be exactly what their parents pictured.  Many parents struggle to accept that their kids have chosen different paths.  The difference is that parents of special needs children grieve because the different paths were not chosen by our children; they were forced on them.  We aren’t the angels (or demons) that the media portrays.  We are human.  We are facing challenges that most of us never expected.  We grieve in many ways over many things.  Sometimes it looks like denial or rage or depression.  Often it is mixed with fear and shame.   Sometimes it is triggered by the big things like declining health or seizure clusters.  Sometimes we are responding to the realization that one more hope has been dashed or one more limit has been added to an already long list.  Sometimes it is simply difficult to live with the fact that the moms our children need are not the same as the ones we planned to be.
If you are new to this journey, I recommend that you read Welcome to Holland, a fantastic essay that resonates with many parents of children with special needs.  You can also join in on the conversation with me on Facebook.