Warning: count(): Parameter must be an array or an object that implements Countable in /home/customer/www/momwithanasterisk.com/public_html/wp-content/themes/mariana-handmade/includes/lists.php on line 422
 You can't handle the truth. That's a problem. - Mom*
Mom*
Pin It 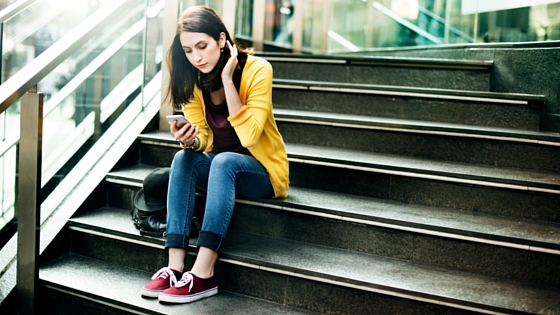 You can’t handle the truth. That’s a problem.

When my daughter was diagnosed with PCDH19 Epilepsy, a rare genetic disorder, I fell apart.  I hit rock bottom and stayed there all alone for months.  I was convinced at the time that other moms rallied when faced with a devastating diagnosis and there was something wrong with me because I was so distraught. Eventually, I happened across a memoir in a bargain bin by another special needs mom who shared her struggle to cope with her daughter’s diagnosis.  Reading that book was the first time I realized I wasn’t alone in the struggle. I needed desperately to know at that point that my response to my child’s disability was normal; her words provided that for me.

Over the past few months, I have started to wonder if our obsession with tearing apart mothers will result in an internet void of women’s stories.  As a writer and a mother, the shaming and silencing of moms scares me.  I’m afraid that other women who are struggling won’t be able to find moms who have been down the road they are traveling.  I’m afraid that this sanctimommy culture we have created does not leave room for us struggle or ask for help.  I am concerned that those of us who have faced our demons will stop writing because the consequences of sharing are too much. Even women who did not purposefully put themselves into the spotlight are eviscerated in the court of public opinion so what will happen to those of us who willingly put ourselves out there?

When I see a grieving mother being viciously attacked by strangers after she watched her toddler be stolen by a wild animal, I know that it is not safe to write about my own, lesser struggles. When I see a woman who loses her child in a crowd for a moment, and then almost loses him forever to a gorilla, be held up as an unfit mother undeserving of parenthood, I am afraid that I’ll be destroyed for my own shortcomings. When I read that a mother is told she should have aborted her children and deserves to die because she publishes a rant on sunscreen, I worry that sharing my truth will open my family up to similar terror.

This current climate of shame silences women who want to tell their stories and that is a problem. With stakes this high, it is not safe to share our faults so we moms feel pressured to portray a Pinterest perfect image that is nowhere near reality. Maintaining that image is exhausting personally and it is also devastating to the parenting community at large.  We hold ourselves, and our families, up to this standard that no one can actually attain and feel guilty when we fail.

The thing about our stories is that sometimes others need to read them just as much as we need to tell them. Women who are in the trenches need to hear from those who have made it to the other side. Moms who are struggling need to know that they aren’t alone.  The best I can do right now is tell you in vague terms that sometimes parenting is hard and life is messy. Anything more real than that might open me up to doxing or a call to CPS because I don’t parent exactly like every other person on the planet.

I want to tell you the truth about my parenting journey and I can’t. I want to share some of my struggles but I’m afraid of the repercussions I could face for not being perfect.  It’s not that I think myself a superior mother or that my journey is more worthy of attention than anyone else’s.  I simply know that there are other women who are sitting in hospital rooms or beside their sick children wondering how on earth they will keep breathing through this nightmare. I understand what it is like to mother under the weight of depression and despair and I tell my story so others in that darkness know that there are slivers of light in their future.

As a reader, you can disagree with anything I write and you can critique me according to your own parenting standards.  Comment sections exist so that we can dialogue about our differences. Conversations about parenting, and life in general, are healthy but silencing those we disagree with is not. Constantly shaming and judging every mother who dares to live her life imperfectly makes parenting in public unsafe.  If we truly care about helping other mothers, then it is time we put down our pitchforks and give grace to those with voices different than our own.   You might not like what I have to say but someone else may need to read it today.  Give her that chance.

For special education students, accommodations may depend on your parents.