Warning: count(): Parameter must be an array or an object that implements Countable in /home/customer/www/momwithanasterisk.com/public_html/wp-content/themes/mariana-handmade/includes/lists.php on line 422
 On the Anniversary of her Diagnosis - Mom*
Mom*
Pin It 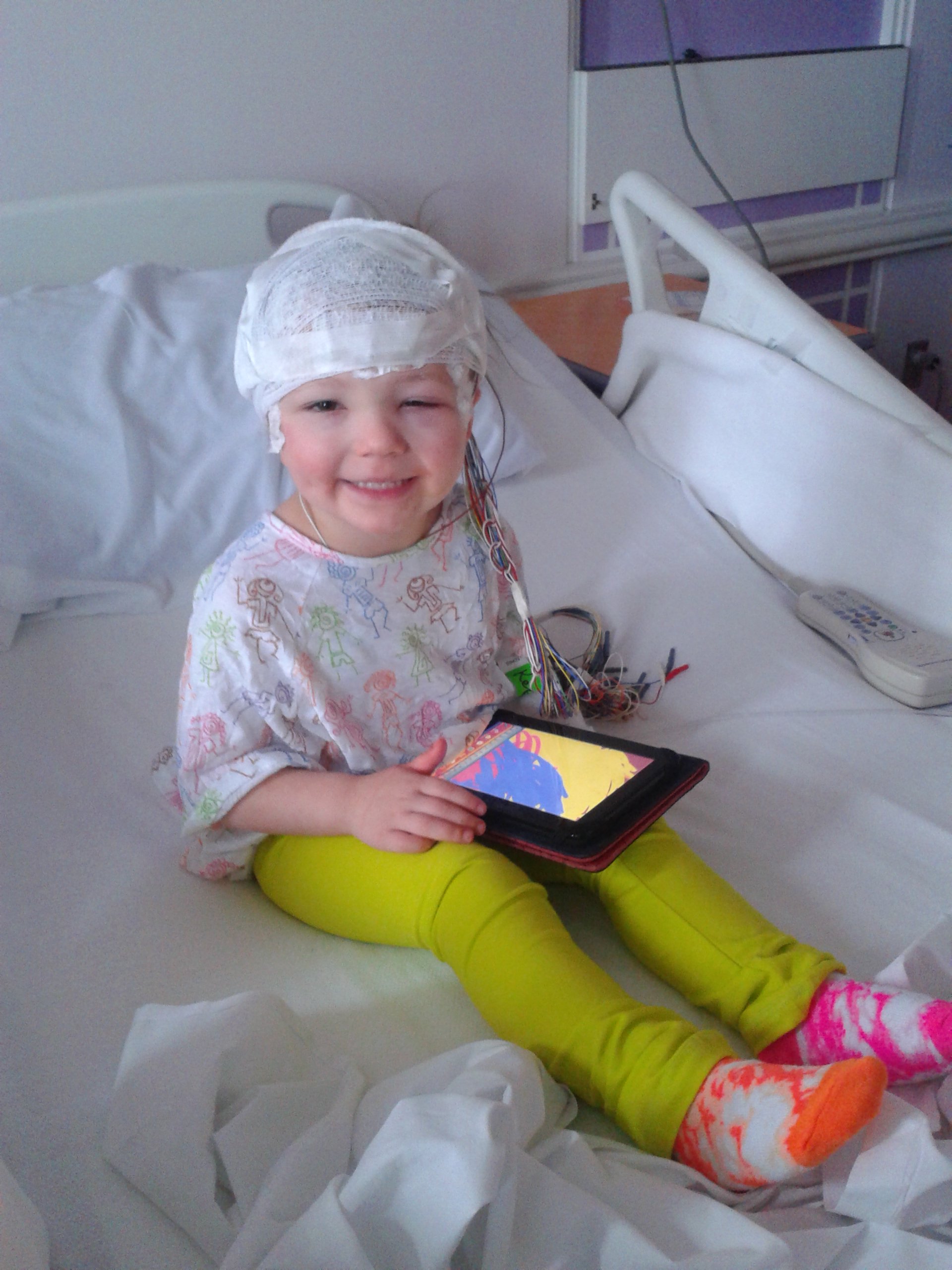 On the Anniversary of her Diagnosis

Today is the two year anniversary of my life as Humpty Dumpty.  On December 11, 2013, I stood in a WalMart parking lot and answered the phone call that changed everything.  That was the day that I broke.

When Alyssa came to us, I knew that she’d had seizures as a baby.  The caseworker dropped her off with a bag of pills that had names I couldn’t pronounce but said that they were just a precaution.  She said Alyssa didn’t have epilepsy.  A few months later, on Christmas day, Alyssa had several long seizures in a row but the doctors told us that it was a fluke caused by the stress of foster care.  Then, a year later the seizures hit with a vengeance.  This time they didn’t say that it was a fluke or something that she would grow out of.

For months, Alyssa seized no matter what the doctors did and she kept losing ground cognitively.  Eventually, things started to settle down and we would sometimes go a few weeks between seizures. Her doctors remained worried though.  We were on our last available medication so if the seizures got worse again, our options were limited.  Alyssa’s neurologist referred us to an epileptologist who advised my husband and I to begin considering surgery.  They wanted to remove the part of her brain that the seizures were originating in.  The doctors said that we needed to have the surgery as soon as possible because the longer we waited, the more function she could lose and any damage would be more likely to be permanent.
I went back and forth about the surgery for months. I was terrified of allowing the doctors to remove a part of her brain but I was just as scared of saying no.  Even the preparations for the surgery was dangerous.  She would need to spend a week in the hospital and come off of all her medications.  The plan was to cause Alyssa to have as many seizures as possible while they ran tests to determine the precise part of her brain that was malfunctioning. We already knew how devastating seizures could be but there was an additional risk.  There was a chance that when we tried to put Alyssa back on all of her medication at the end of the testing, they wouldn’t work.

I finally agreed to the surgery on one condition; I wanted genetic testing first.  No one could tell us why Alyssa was seizing and we had learned that there are some types of epilepsy that have genetic causes.  Since we have very little information on her birth family’s health history, I felt like we needed to check for a disorder before slicing into her brain.  The doctors were annoyed, especially when insurance initially denied the testing.  I dug my heals in though and eventually they swabbed her mouth and ran an epilepsy panel, all while telling me not to expect anything.  While we waited on the results we scheduled the testing for the last week of December. I wanted her to have one good Christmas before everything went haywire again.
All of that led up to that day in the WalMart parking lot. I loaded my groceries and the little kids into the car and was just about to take off when my phone rang.  Our epileptologist told me that the results were back and they changed everything.  She told me that Alyssa had a genetic disorder called PCDH19 epilepsy.  Of course I had never heard of that.  At the time there were only about 200 girls in the world who had been given the diagnosis.  She told me that this new label meant the surgery was no longer an option because if they removed a piece of her brain, the seizures would just come back in another area.  I learned that Alyssa was at a higher risk for SUDEP and a shorter life expectancy.  She said that the seizures might never stop and that her IQ would continue to drop with each cluster until it landed somewhere between 60 and 80.  I felt like I was Humpty Dumpty being pushed off the wall.
I got back in the car and tried not to cry to hard because I didn’t want to scare the kids but something had broken in my soul.  I called my husband but couldn’t get through so I called my mom while I drove. When I finally made it to the house, Curt pulled into the driveway behind me.  My husband works in the oilfield so there have been many times when things were difficult and he was gone.  Every time I really need him though, he is there and that day was no different.  We fell apart together that afternoon.
When the tears finally slowed down, I wanted to crawl in bed and never get out.  I didn’t think I could face the world again.  The IQ numbers kept rumbling through my mind.  You see, I have never been one to care much about sports or popularity or physical perfection.  My dreams for Alyssa were that she would be a brilliant doctor or the president, but now she might not be able to live independently.  It all seemed so cruel and hopeless.  I think Curt knew that if I shut myself in the dark that day, it would have been even harder to go on so he talked me into going to my MMA class.  I had a deal with the instructor that if I had a day when all I could do was punch the bag, we would do that.  I’m sure I looked like a ragged mess when I walked in and said that hitting was all I had in me.  He never prodded but I spent the next hour taking my devastation out on the heavy bag.  Then I went home and went to bed.

I hated the sun when it came up the next morning.  The world seemed so happy and normal but it wasn’t the same.  I had written PCDH19 down on a napkin in my car but I wiped my face with it while I was crying so I had to call the doctor’s office and ask for the name of the disorder again.

I hated the sun when it came up the next morning. The world seemed so happy and normal but it wasn’t the same. I had written PCDH19 down on a napkin in my car but I wiped my face with it while I was crying so I had to call the doctor’s office and ask for the name of the disorder again.  When I hung up the phone, I Googled the random string of numbers that I didn’t understand but already hated and found the Alliance and the Facebook group that I would come to depend on.

The next few months were dark. After months of fighting for her life, my body and heart were already exhausted but the little flicker of hope I had remaining had been extinguished in the parking lot that day.  I even grieved the loss of the surgery I had been so afraid of.  It was a terrifying prospect to cut out a part of her brain on the chance that it would give her a better future but at least there was some hope with that option.  In January we hit the one year anniversary of the seizures starting and I hit rock bottom.  It’s hard to live without hope.

When Humpty Dumpty fell, he at least had people who attempted to repair his shell but there are some kinds of broken where the pieces just won’t go back together.  Finding out that your child won’t ever be ok is that kind of broken.  You can try to patch things up but they won’t ever be the same again.  It takes time to come to grips with that and the process can be dark and lonely.
This anniversary, I am keeping myself busy but I’m not falling back apart. I’m finally learning how to be ok with this life and the uncertainty we face. It helps that some amazing research is being done all around the world so our future is probably not as bleak as our initial prognosis. More than anything though, I think I’m adjusting to life as Humpty Dumpty.  I’ve had the time and space to get made about being pushed off the wall.  I worked on grieving the broken pieces and accepting that they won’t ever go back together the way they were before that call.  I’ve also realized that there is some beauty in brokenness.  I am not grateful for this disorder and I would change it if I could, but sometimes I connect with people on a different level than I could before.  Sometimes I appreciate the life and time that we do have in a way that I didn’t before I knew how fleeting it could be.  Sometimes I look around and see other people who have just been knocked off the wall and I appreciate that my own journey has prepared me to help them on theirs.