Warning: count(): Parameter must be an array or an object that implements Countable in /home/customer/www/momwithanasterisk.com/public_html/wp-content/themes/mariana-handmade/includes/lists.php on line 422
 Mother's* Day - Mom*
Mom*
Pin It 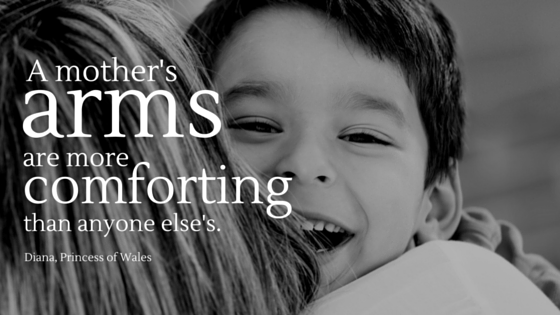 I saw a post on Facebook recently about Caregiver’s Day.  It was a more inclusive version of Mother’s Day that incorporated all types of relationships that “have made a significant impact in our life.”  They talked about the many people that don’t get a day because society doesn’t call them fathers or mothers and suggested that you  “hug your caretaker whether they’re your mother, father, siblings, aunt/uncle, cousin, grandparent, foster parent, mentor or friend and tell them thank you for valuing you as a person and taking the time to show they care.”  Now, I’m all for showing appreciation but this really irritates me.  I guess it irritates me a lot if I’m postponing the blog I have in my head that breaks my multi-month silence to vent about it.  It’s about more than just the rebranding of a hallmark holiday though.

In foster care, there is a push right now to re-label me as a foster carers.  In fact, a few states have already legislated the change because, I guess, there was nothing else important going on in the government that day.  Apparently that is more PC and it doesn’t hurt the birth parents feelings as much as hearing us called foster moms and dads.  Now, personally I don’t think that should really matter.  If your child is in foster care than 99% of the time it is because you royally screwed up.  You need to be uncomfortable because maybe that will motivate you to step up and be the parent your children desperately need you to be.  More importantly though, I’m not a carer.  I’m a parent.  There is a BIG difference.

My kids go to a sitter after school who cares for them.  She feeds them snacks and plays with playdough and sends them home.  If they are sick or cranky or mean to the other toddlers, she calls me and I have to go get them.  I sincerely hope that she cares ABOUT my kiddos (and I feel like she does) but her job as a caregiver is really only to care FOR them and their basic needs while I am away.  That’s not the job that the state wants me to do with foster kids.  I am supposed to spend the night on the floor in their bedroom when they can’t sleep because they are afraid of their abuser coming back.  I am supposed to love them enough that they can learn to attach even though it means my own heart gets broken.  I have been hit and kicked and bit and spit in the face and called every name under the sun and I am supposed to just take it because I understand where that came from.  A carer doesn’t stick around for that.  When Little Miss came to me, she would scream at the top of her lungs for hours at a time and flip off strangers and get violent in a way that I would not have believed a child so young could.  A simple caregiver calls someone to pick up a child like that; a parent loves the broken baby who doesn’t have words to say how bad she hurts and celebrates as the fits eventually get shorter and fewer because it means she is healing.

I am a foster parent.  I do everything that a parent does, only I do so with kids from hard places who might stay forever or leave tomorrow and take a piece of my heart with them.  I think it is insulting to rebrand my position to appease child abusers who don’t want to be reminded that their baby needs a mom and right now, because of their mistakes, that’s me.  It seems to me that instead of changing my title to further emphasize my status as a less-than-real-mother, we should expand the definition of mom.  As a society, we should recognize that there is more to parenting than blood and there are many paths to motherhood.  Women who adopt or foster or raise step children or take in kinship placements or fill the role some other way are mothers.  We do them, and their children, a great disservice when we ignore that.  So, I’m eschewing Caregiver’s Day.  Instead I want to wish a happy Mother’s day to all the moms and all the moms*, no matter what your asterisk represents.

Halloween, NaBloPoMo and other important happenings.