Warning: count(): Parameter must be an array or an object that implements Countable in /home/customer/www/momwithanasterisk.com/public_html/wp-content/themes/mariana-handmade/includes/lists.php on line 422
 The Little Blue Cot - Mom*
Mom*
Pin It 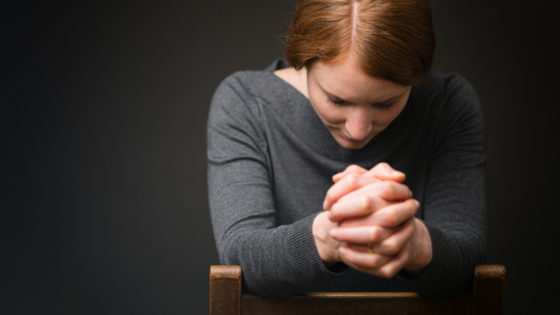 It has occurred to me today that God is in control.  Someone that I greatly admire and care deeply for received a difficult diagnosis recently.  In the Facebook post where she shared her condition, she made the statement that even though she was surprised, God wasn’t.  That’s been rumbling around in my head ever since.

This morning I was thinking about the little blue cot in my dining room.  We got it for Christmas.  The Little People were still in foster care then so they received a bunch of donated gifts from our agency.  When our caseworker brought them, she brought us this little, blue, child-sized cot.  Hubby and I thanked her for everything and exchanged odd glances.  What were we going to do with the cot? Apparently, when she was picking up the kids’ bags, she saw that laying out and felt like we needed it.  I stuck it off to the side of my room because I didn’t see the need.  We talked that night about what kind of person would even donate such a random gift.  It’s not exactly at the top of most children’s gift lists.
In January, Little Miss got sick and I pulled the little blue cot out and set her up next to my bed so I would hear her if she started to have a seizure.  The seizures kept coming and the cot stayed out.  Usually if she has one, she sleeps for about 30 minutes afterwards.  On days that she has clusters of seizures (thankfully those are becoming fewer) she may have 10 – 15 in a day.  She may spend the majority of the day incapacitated so I bring the cot into whatever room that I am working in.  I can cook dinner or do schoolwork or help Captain color and still be close by if she needs me.  That little blue cot has made a big difference in our acclimation to this new world with epilepsy.  It is one of those little things that you suddenly become really grateful for when you are forced to start counting the blessings that you do still have.
I have struggled lately with some of the limits we have come to realize recently but this morning I was amazed at the providence displayed by that gift.  Back in December when I still though temper tantrums were our biggest issue, he was already putting things into place for this fight.  The God that cares about the sparrows and the flowers knew before I did that we would have days where my little princess was unconscious for 8 hours straight.  He knew that while I was working on my semester projects, her brain would be misfiring.  He knew that her brothers needed me to not be stuck in her bedroom waiting for the next episode while they tried to tend to themselves.  He knew that in the chaos and the pain and the overwhelming distress, we would need a little blue cot for her to lay on with her blanket and her bear.  As much as this has shaken me, I find it comforting to know that God is still on His throne.  He was not surprised.  He knew this was coming and He was prepared to supply all our needs before we even knew that they existed.  If you are in crisis today, take a look around.  You may just see evidence of the creator who knew what was coming and is with you through it all.  You might even see your own example of a little blue cot.
It's only fair to share...

Remember those sitting in the darkness of Good Friday