Warning: count(): Parameter must be an array or an object that implements Countable in /home/customer/www/momwithanasterisk.com/public_html/wp-content/themes/mariana-handmade/includes/lists.php on line 422
 I'm Not Dancing - Mom*
Mom*
Pin It 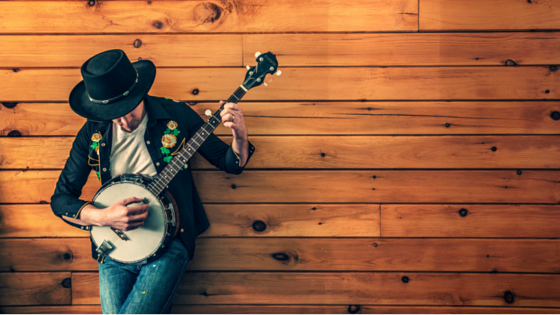 If you ask adoptive mothers about things people say that make us roll our eyes, remarks about how lucky our children are to have us will always make the list.  We argue that we are lucky to have our children and it is not the other way around.  My kids are not lucky to have been so abused and neglected that they required an entirely new family.  However, I still recognize that Alyssa’s life and medical care would be much different if she still lived with her birth mother.  It is likely that she would not receive many of the services and treatments that I have advocated for.  It is likely that her first family would not be able to devote the resources needed to have her in an appropriate school or be able to focus on her health in the way that we are.
Those are uncomfortable thoughts. Alyssa is a child worthy of every treatment, therapy or resource that can help unlock her potential.  She deserves that, no matter who her family is, just like every other child does.  The fact that she is now my daughter does not imbue her with some special status that now qualifies her for a better outcome, or at least it shouldn’t.  She is valuable because she is valuable because she is valuable.  The end.
I believe that all children are valuable and precious and worthy of the best medical care.  I believe that when kids get sick, it is our responsibility as a community to work towards healing and treatments that can at least improve their lives whenever possible. When it comes to children, demographics, family economics and specific diagnosis should not matter.  Unfortunately, this week the Texas legislature showed that they prioritize some patients over others and believe some conditions are more worthy of treatments.
A bill legalizing medical marijuana, in an extremely limited form, is on its way to the governor’s desk.  I absolutely believe in legalization (as I have written about here) and I should be celebrating.  I am not.  First, there are many holes in the law that passed.  (You can read a great article about that here.)  It is poorly written and does not allow different ratios of THC, which are often needed to treat patients effectively.  Still it is a first step.  What bothers me more is the implication that my suffering child is more worthy of treatment than someone else’s child because of her diagnosis.
This law explicitly states that only CBD oil is allowable and only for people with intractable epilepsy.  If you don’t know, medical marijuana has been a game changer in the world of epilepsy.  For the 30% of patients of who are not able to control their seizures through available medical treatments, this plant has been a godsend.  It has provided hope to families fighting epilepsy that had no hope before and it has effectively worked when nothing else has. At the same time, the movement towards legalization has also brought unprecedented awareness to epilepsy and our fight for a cure.
Medical marijuana has also helped veterans with PTSD gain control of their symptoms and live normal lives.  In other states it has been used to treat kids with Crohn’s disease or multiple sclerosis.  Although the research is still in its infancy, due to archaic federal laws, even some people with autism seem to show improvements when treated with different ratios of CBD and THC.  Medical marijuana also works wonders for many people battling cancer.  Yet somehow in the movement to gain treatment for our own children, we decided that all of those patients were somehow less worthy of treatment because they carry a different label than our kids.
Many parents of kids with epilepsy are passionate about the push for medical marijuana because we understand the cost of every delay.  Our children are dying while they wait for legalization.  We have lost several children to seizures while they waited for their last hope to be approved by politicians who were more concerned with their own agendas than in letting us have access to a lifesaving plant.  That is devastating and unacceptable.  It is equally appalling that we would deny other parents the chance to save their children.
I should be dancing because we finally have some semblance of legalization.  I am not.  Instead I find myself very conflicted.  I am angry that politicians were so busy fighting about another bill that they did not vote on the comprehensive medical marijuana bill.  I am sad that many of the marijuana refugees will still not be able to come home.  I am frustrated the current version may not be broad enough to create the infrastructure needed for us to actually have access to the plant we so desperately need.  I am heartbroken that a gain for Alyssa does not equate to hope for my friends whose children are also facing life-threatening diagnoses. I am hopeful that when the politicians realize that limited legalization does not lead to the fall of civilization as we know it, they will come together and create a more comprehensive set of medical marijuana laws.   I am hopeful that this small step leads to more.  I am hopeful, but I am not dancing.
It's only fair to share...