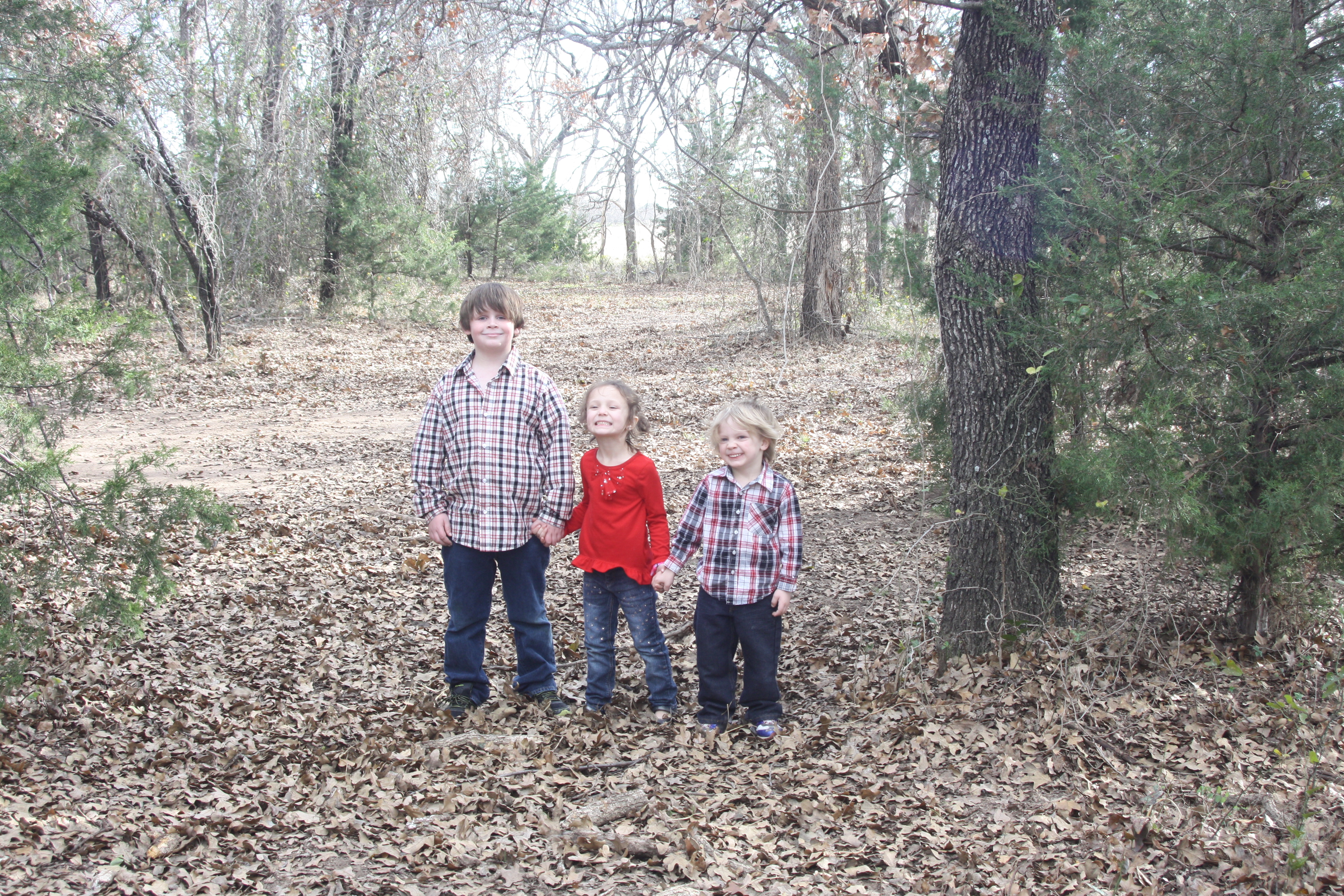 There is a misconception in the outside world (ie: everyone not living with a person who has epilepsy) that as long as a person is not actively having seizures, all is well.  That may be the case for some families üydealing with less severe forms of the disorder but epilepsy is a constant presence for many people, even when the seizures are less frequent.  We were fortunate this year to make it through Christmas without a cluster.  We survived family, chaos, presents and irregular schedules.  We had a great time with my grandparents who flew in from New York so that my grandmother could make us a traditional Italian dinner.  In all of the festivities though, PCDH-19 was always lurking in the shadows.  I don’t want the three people reading this to get idea that  I’m complaining or that we have had a particularly hard time this season.  For the most part, we had a wonderful Christmas.  Since it did go fairly well though, I think that this is a great opportunity to share a few of the ways that epilepsy impact families like mine, even on the good days.

On Christmas Eve my family’s festivities started at 2:00 in the afternoon.  I was there as we all sat down together for the first of four courses of pure awesomeness.  Alyssa, however, was not.  Curt stayed home and brought her later in the afternoon so that she could get a full nap.  We also had to leave the party sooner than we would have liked to make sure that she was able to be well rested the next morning.   Unlike her cousins or her little brother, missing a nap is simply not an option for Alyssa.  A lack of sleep can trigger seizures for people with epilepsy.   Even on the holidays, we have to build our days around rest in a way that most other families do not.
Christmas is kind of a perfect storm when it comes to stress.  The combination of cramped schedules, expensive wish lists and seeing family we may prefer to love from a distance can be a lot for anyone to handle.  Even the positive stress of opening 4,985,157 presents can be overwhelming for lots of kids.  Add all of that to a sugar high and meltdowns are bound to happen with the best of children.  I notice that my boys are more emotional than normal and act out in ways they normally wouldn’t. That is what I consider typical.  Epilepsy goes a step farther when stress is involved.  Stress, like a lack of sleep, can cause seizures.  The first time that Alyssa had seizures after she came to live with us was on Christmas day three years ago.  The neurologist wrote a letter to the judge after that episode detailing the stress that Alyssa was under and stated that he believed her anxiety about changes to family visits was the cause of that cluster.  Stress can also cause smaller neurological problems for Alyssa.  She gets much more disoriented.  She may have to be reminded about the same simple command multiple times or she may ask the same question repeatedly.  In many ways, Alyssa is similar to her three year old brother and has to be watched accordingly even though it can be tempting to allow her the freedoms normally allowed to other kids her age.
The last time that we visited Alyssa’s epileptologist (a neurologist who specializes in epilepsy), she discussed her concerns about Alyssa’s impulsivity.  The combination of medication and damage caused by previous seizures has resulted in very high levels of impulsivity for Alyssa.  She often acts before she thinks or does something she has been warned about only moments before.  Again, this is above and beyond what would be expected for a typical 5 year old. That has the potential to be dangerous because she may not assess the risk involved in an activity before diving in.  This week we witnessed it in a much more minor manner.  All the ladies in my family spent the afternoon at Painting With a Twist and I brought Alyssa along for some fun girls time.  They have an instructor who walks you through each step of the painting so that everyone ends up with a (somewhat) similar piece at the end.  In the beginning, Alyssa was following along fairly well.  Her lines were less defined than the most of the adults’ but she was obviously trying to replicate the instructor’s work.  Then we came to a more complicated step that several people needed help with.  About a minute into the pause, I looked over and Alyssa’s entire canvas was covered with giant crosses.  When there was a defined task to be completed she was fine but she could not leave her brush laying down in the dead space.  On the plus side, my Christmas tree will likely only come out once a year while she now has a beautiful piece of abstract art hanging on the wall year round.

People often ask me if Alyssa is still having seizures and we are fortunate to have made it several months without any tonic clonics.  However, I think it is important that people understand that a break from seizures does not equate to a complete healing.  She has made great strides over the past year and we are hopeful that she will continue in this direction.  In Buzzfeed style, I now leave you with my list of 10 ways that my family feels epilepsy on the good days.
1.       No matter how many people are in the house, her bathroom door must always be unlocked so that we can get to her in an emergency.
2.       Changes in diet have a huge impact on Alyssa, so even on special days she can’t live on only chocolate.
3.       At the end of a long day, our bedroom door stays open so that we can hear the horrible scream if all our precautions weren’t enough to keep the monster at bay.
4.       We mix Alyssa’s Depakote into cool whip because that is the only way she will take it.  She was NOT enthusiastic about seeing homemade whipped cream covering her Christmas morning pancakes.
5.       When the parents of children with PCDH-19 talk, the conversation always seems to end up on behavioral and emotional struggles.  Alyssa often has trouble regulating her emotions, similar to a child much younger than her.  During the holidays, this can be more pronounced because there is so much for her to process, less time to do so and often there is an audience.
6.       Alyssa LOVES to play with hair and will impulsively start trying to style anyone sitting low enough for her to reach their head.  We are practicing asking people BEFORE we style their hair… sometimes she still forgets.
7.       The flu has been bad in our area recently and any sickness or even a low grade fever can trigger a cluster for Alyssa.  That means that a simple flu could do irreversible brain damage to my child.  It can be challenging to balance the desire to give her a typical childhood with the urge to protect her from every potential harm.  Every Christmas parade, holiday event or party invitation can trigger a lengthy internal debate for me.
8.       Sometimes the best answer for our family is no.  I dislike missing family outings so that we can make an early bedtime.  I hate having to scale back when my nature is to overdo the holidays but I know that going overboard could mean serious trouble for us.  Sometimes I still resent it though.
9.       The focus on rest, relaxation and health can be good for all of us.  After a particularly stressful period on Christmas day, Curt and I took the kids for a walk in the woods.  It was just the 5 of us enjoying the peace of nature and it was one of my favorite times of the day.
10.   Our family traditions are constantly being adapted to better fit her needs but we make changes with the knowledge that it may not be enough and that those changes may not be in the best interest of our boys.