Warning: count(): Parameter must be an array or an object that implements Countable in /home/customer/www/momwithanasterisk.com/public_html/wp-content/themes/mariana-handmade/includes/lists.php on line 422
 Why Character Awards Really Matter - Mom*
Mom*
Pin It 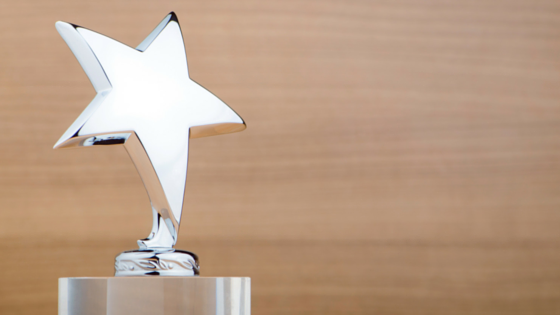 My kids just finished their first year in a public school. We spent five years in a local Christian school, but that ended badly last summer, so we have spent the past year adjusting to a very different educational world. In many ways the move to public school has been a positive one. The classes are smaller, they have a library, and Alyssa has access to special education services. We have also found the bullying to be less severe which has been a relief to my oldest who was tortured for years by a few of his former peers. That’s not to say there hasn’t been any frustration. We had to deal with high stakes testing and teachers who are cranky about my (research based) opinion that homework is a waste of time and energy.

This morning I noticed another difference at the end-of-year awards ceremony.  Since our kids are spread across multiple grades, Curt and I sat in the cafeteria for two and a half hours as they handed out awards for completing pre-k and kindergarten, making honor rolls, and for earning the most reading points.  We were used to seeing each kid get character awards in addition to their academic awards so I was surprised when every kid in the pre-kindergarten class received the same generic certificate. I was even more bothered by the limited achievements that were recognized in the older grades.

As the principal called the same kids up to receive certificates for making the honor roll for the six-weeks, the semester, and the year, I watched Alyssa slump lower and lower.  At the beginning she had cheered excitedly as her friends walked to the front but by the end she laid her head on the table defeated.  Suddenly this child who is usually oblivious of her limitations had realized that she was different and perhaps less worthy of applause.

I don’t believe that everyone has to be a winner but I also recognize that not everyone is playing the same game.

I don’t believe that everyone has to be a winner but I also recognize that not everyone is playing the same game. I’m not asking that Alyssa be given some patronizing certificate simply because she has a disability.  However, I think that it is time for schools to recognize that different kids have different goals and they should be recognized for achieving them.

Noah made the A honor roll and won third place for entire grade in reading points.  He worked very hard for those and I am incredibly proud of him.  There was one grade that had stuck in the 80s most of the year so I made deal that if he pulled it up to an A he would get a new lego set. Watching him on stand on the stage, beaming with his accomplishment was amazing. He worked hard and he deserved to be honored for it.

The thing is that Alyssa worked hard too.  The child finished kindergarten barely able to write her name but now she is reading like nobody’s business.  She may not be on the same level as her peers but she has worked incredibly hard and made more progress this year than I ever could have imagined. She takes NINE different medications, while dealing with PCDH19 Epilepsy, PTSD, and ADHD.  I know that all of that doesn’t impact the school’s test scores or qualify her for a slot on the honor roll but I think it does make Alyssa, and all the kids like her, worthy of recognition.

If we fail to recognize the children who work to the best of their own abilities because they cannot achieve at the same level as the brightest minds in the class, we risk them eventually deciding that all of their hard work doesn’t matter.  Of course the high achieving students should still be rewarded and acknowledged.  They deserve to be honored for excellence but it isn’t right to hold an honor roll up as the only goal worth pursuing though when it is not a realistic objective for many students. Especially in the lower grades, I think it is time that we bring back character awards to honor children for hard work, kindness and improvement in addition to awards for academic excellence.

Let’s have a conversation about this on Facebook and in the comments.  Keep it civil but I want to hear your perspective on character awards and how schools should handle children with differing abilities.